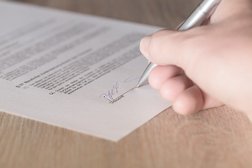 We are delighted to announce the double signing of defenders Reiss Chandler and Teddy Perkins ahead of the 22/23 season.

19 year old Reiss Chandler joins us from National League side Southend United, where he was part of the talented Under-23 set up. The full back made loan appearances for Bishop's Stortford and Aveley during the 21/22 season.

22 year old Teddy Perkins joins us from National League south side Tonbridge Angels. The central defender began his football journey with the Leyton Orient and Burnley academy sides, going on to play for Watford Under-23's before making transition to non-league, where he has played for the likes of Hemel Hempstead, Chipstead and Welling United, before linking up with Tonbridge Angels in the later half of last season.

We would like to extend a warm welcome to both Reiss and Teddy, and look forward to seeing them play for the Gulls in the new season!